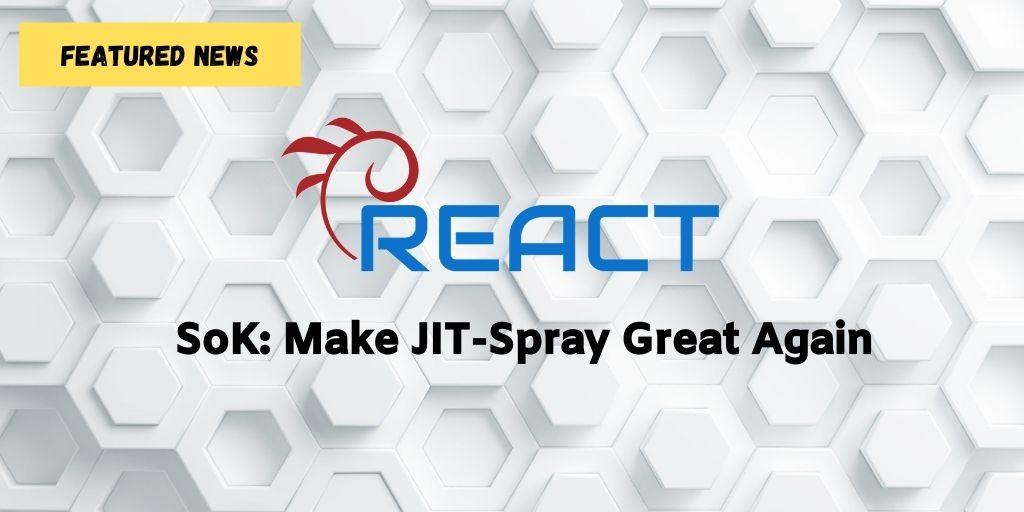 Yet another target to attack

Just-in-time (JIT) is a type of a computer code execution compilation; in particular it is a dynamic translation during a program execution at runtime rather than before execution. This type of computer code execution is used in web browsers. Since memory bugs, such as stack-based buffer overflows, can be exploited by adversaries to execute arbitrary code, JIT compilers have become serious targets of attacks. For instance, they use JIT-Spray, and JIT-based code-reuse attacks in order to facilitate the exploitation of memory-corruption vulnerabilities and defeat existing defenses with a view to attack on client-side programs, such as browsers.

They claim that JIT compilers can be abused to embed malicious code bytes at runtime; if a memory disclosure vulnerability is required to locate addresses, the authors consider it JIT-based code-reuse attack. This classification is based on the difficulty to perform memory disclosures than to control over the instruction pointer only. The authors explore the JIT-Spray offence and showed methods that are used to hide code bytes within constants of high-level languages.

Considering security techniques to encounter exploitation of JIT-related flaws, Control-Flow Integrity (CFI) is presented by the authors as a popular technique that prevents adversaries from redirecting the flow of execution of a program in terms of JIT code and unintended static code such as ROP gadgets. A valuable implementation of CFI is Microsoft’s Control-Flow Guard (MS-CFG) which additionally protects JIT-code regions in Microsoft Edge. Lately, the LLVM-CFI solution is considered in Google Chrome another effective CFI solution. In addition, the authors present a set of other defenses against abusing JIT compilers that have been proposed throughout the years (i.e., constant folding, constant blinding, random nop insertion, JIT allocation randomization, JIT allocation restriction, Remove implicit constants from native code).